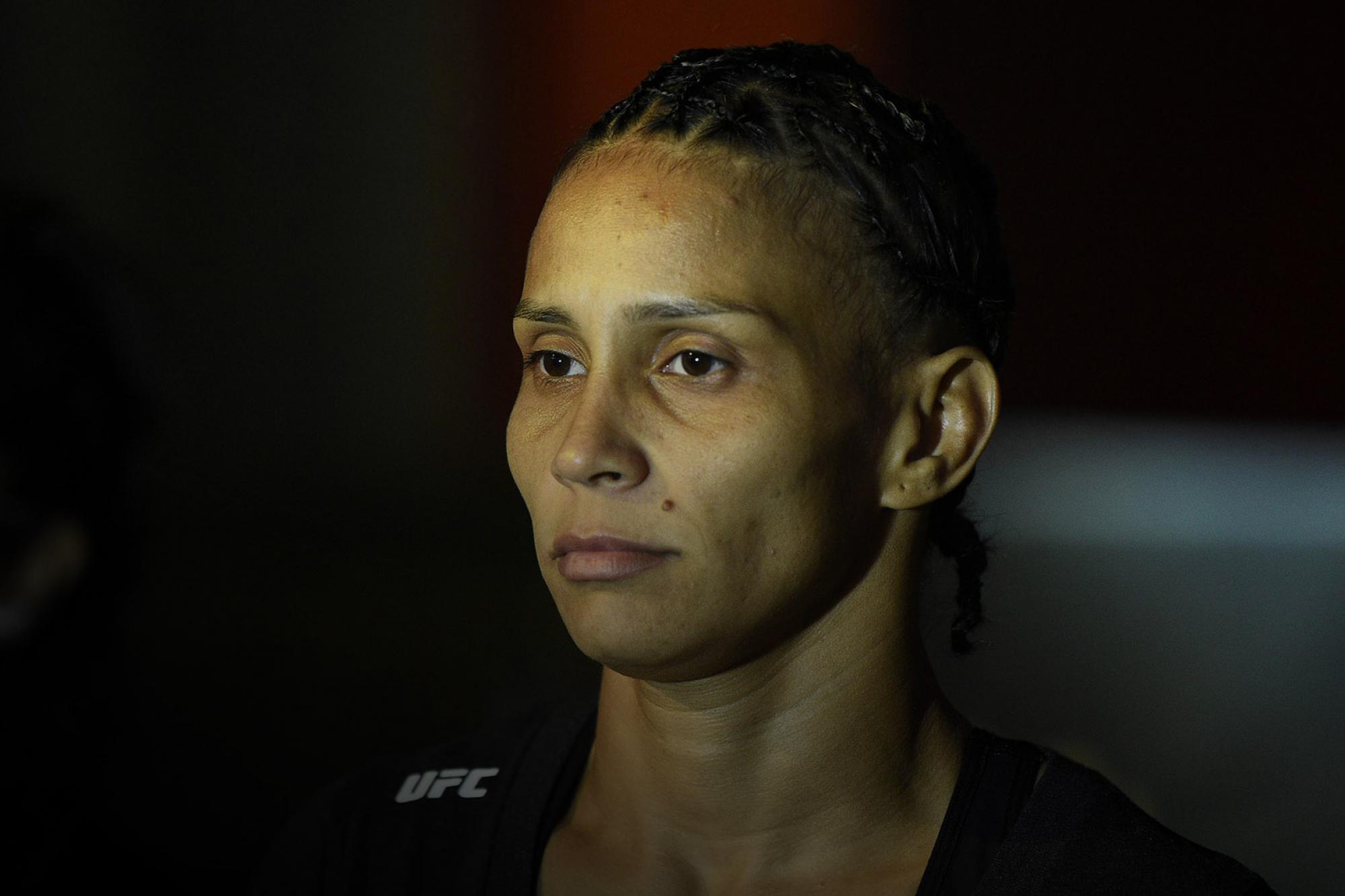 No Turning Back Now For Amanda Lemos

Strawweight Puts Years Of Challenges Behind Her, Continues To Climb Rankings
By Steve Latrell, on Twitter: @TheUFSteve • Jul. 14, 2021

When Amanda Lemos enters the Octagon to take on Montserrat Conejo this Saturday at UFC Fight Night: Makhachev vs. Moises, both fighters will be marking a significant milestone: the bout will be the 500th women’s MMA bout under the UFC banner.

“It means we are finally occupying our space in MMA,” Lemos acknowledges.

It’s a space the Brazilian is proud and grateful to share, particularly since just a few short years ago her current status as the No. 14 ranked strawweight seemed like a distant daydream.

Shortly after becoming the Jungle Fight Women’s Bantamweight Champion back in 2016, Lemos made the difficult decision to retire from fighting in favor of steady employment that would allow her to make ends meet.

That employment was as a motorcycle taxi driver in Brazil. And while the money might have been more consistent, the work was more dangerous than cagefighting, particularly considering she had no experience. In the sauna-like climate of Para, Brazil, accidents happen, and some of them were serious. Lemos fractured her spine in one incident, and with the ensuing medical care, MMA was the farthest thing from her mind.

Even after an unexpected and serendipitous call to the UFC to replace Lina Lansberg on short notice, Lemos found herself suspended by USADA for two years following the bout.

Amanda Lemos secures the rear naked choke to get the win in Busan.

Nothing if not resilient, Lemos used the time off to re-tool her game from 135 pounds down to 115 pounds. Feeling bigger and more muscular than she had in years past, Lemos has proceeded to rattle off three straight strawweight wins.

“There’s no comparison,” Lemos explains of the fighter she has become.  “My game has evolved a lot, both my striking and my grappling. I still haven’t been able to show how much I’ve evolved in grappling and jiu-jitsu. No one knows what to expect from Amanda on the ground and they will be surprised.”

Surprised perhaps because there is still a buzz about her first-round TKO of compatriot Livinha Souza last March. The devastating striking punctuated a run where each win was more impressive than the next.

“It was very important,” she reflects. “Every fight to me is a big deal, because I’ve been through a lot since my UFC debut. I spent two years without fighting, then I went through three surgeries and only then I came back, and now I’m being able to show my work and I intend to do a lot more.” 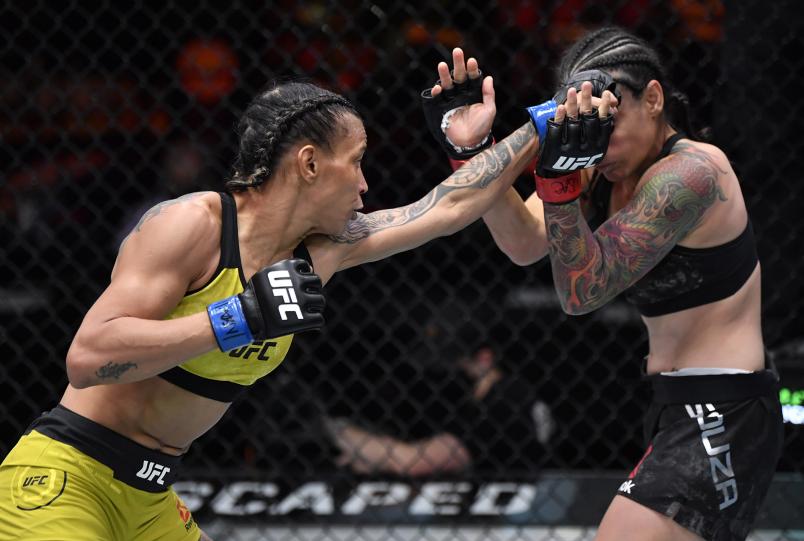 A lot more starts Saturday with Conejo, the Mexican-born standout who won her UFC debut with a smothering grappling attack last month. Will the aforementioned surprise ground game come into play?

“I imagine she won’t want to strike with me. She’ll want to put me against the cage and take me down the way she always does and keep me there. But I won’t let her do her game, I’ll impose my will and knock her out in the first round.”

There’s a determination that’s evident in Lemos as she speaks. She trained boxing in her early teens and eventually switched to MMA a few years later in admiration of pioneers like Anderson Silva and Fedor Emelianenko. Now aged 34 and having successfully thwarted a mountain of setbacks that would have discouraged many, she has no desire to let her momentum subside.

“The key is to keep doing a good job, work hard, keep focused and put on another show on Saturday. Another knockout.”