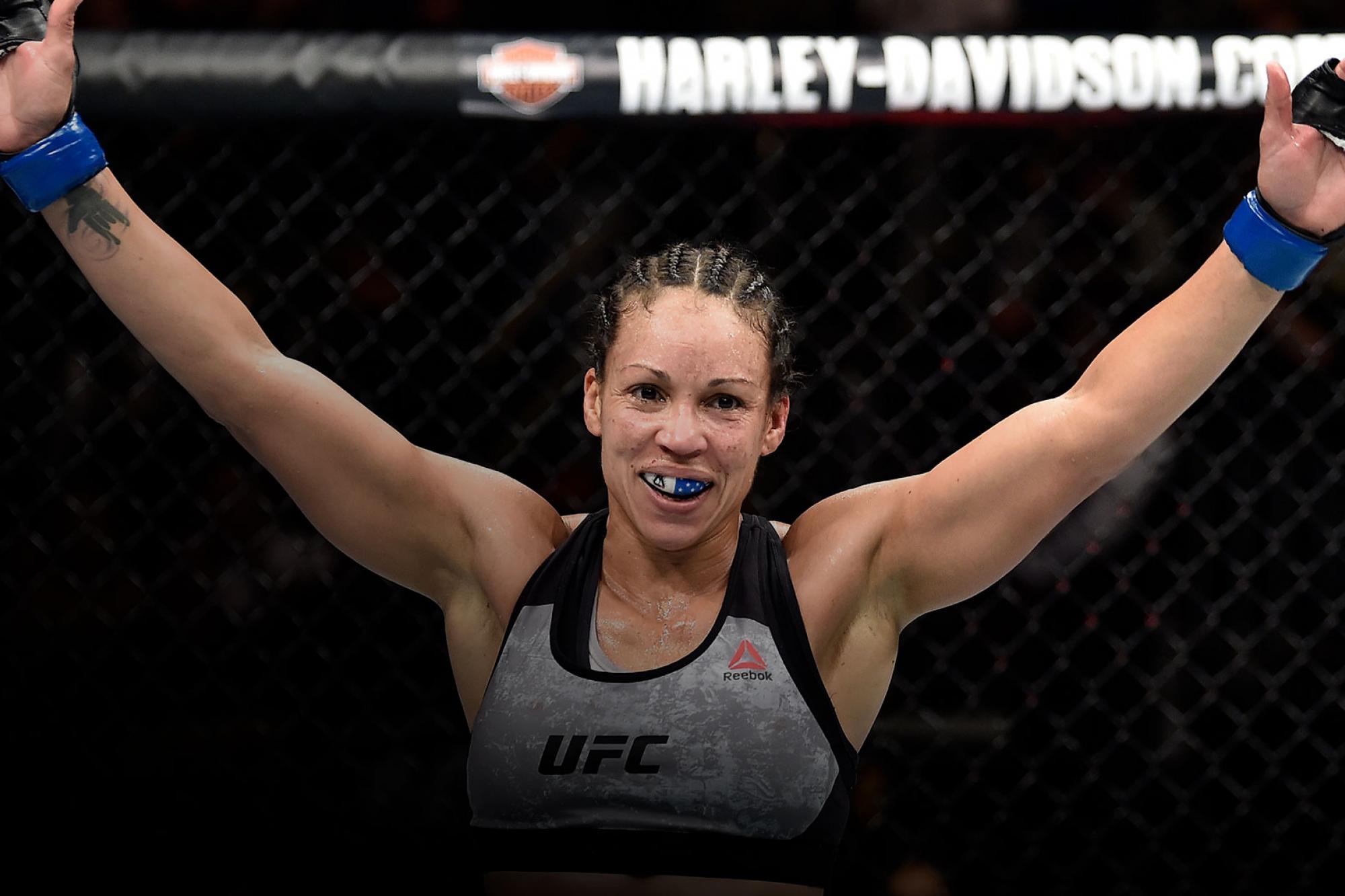 "The Belizean Bruiser" Is Ready To Leave It All In The Octagon In Her Final Fight Against Miesha Tate At UFC Fight Night: Makhachev vs Moises
By Maddyn Johnstone-Thomas, on Twitter @MaddynThomas • Jul. 16, 2021

Marion Reneau began fighting in order to save money for her son’s college tuition. Her first professional fight was 11 years ago and this weekend she’ll step into the Octagon for the final time, with her son in the corner.

The 44-year-old will hang up the gloves after her fight this weekend against Miesha Tate, who is making her comeback after being gone from the Octagon for nearly five years. The emotions of one last fight haven’t settled in for “The Belizean Bruiser”. She has kept her feelings “low key” throughout training camp.

Over the past two years, Reneau has had her share of disappointments, which included pulling out of fights and having things get rescheduled; however, she knows she is meant for the moment she is in right now.

"You can be in bad positions and still win."

Marion Reneau (@BelizeanBruiser) reflects on her UFC career before her final walk to the Octagon this Saturday against Miesha Tate #UFCVegas31🔉⬆️ pic.twitter.com/qfnNegycp6

“I think everything came full circle the way it needed to, and the way I look at it is, my dots weren’t connected at that point,” Reneau said. “Now my dots started to connect, and it leads me right here to Miesha.”

Reneau’s opponent is one that the UFC community hasn’t seen since 2016. Earlier this year, Tate, the former women’s bantamweight champion, announced that she would be returning to the Octagon.

The unknown is what makes Tate so dangerous as a competitor.

Earlier this week, Tate told UFC.com that she believes that Reneau is going to bring everything that she has to their fight on Saturday. Tate welcomes that challenge and has “prepared for the very best Marion Reneau.”

With a record of 9-7-1, Reneau has suffered has four losses in a row. There’s no doubt she’s hungry to end things with a win, leaving everything she has in the Octagon.

“I’ve learned a lot from my losses,” Reneau said. “I’ve learned a lot about myself as a fighter. I’ve learned about some of my areas that I need to capitalize on a little bit more, and so from that perspective I’ve learned that there’s no holding back. In this last fight, there’s going to be no reason to hold back. This is it for me. Do or die pretty much.”

When she looks back on her fighting career, Reneau recalled two specific moments that she’ll remember forever.

“One with Jessica Andrade when the crowd literally just booed me to the point the cage was shaking, and when I triangled her, the crowd was so silent you could hear a pin drop,” Reneau said. “I think that was one moment that I’m going to remember forever because I couldn’t believe how quiet it got in there.”

Not only did Reneau get a win that night, but she also earned the Performance of the Night bonus. Fast forward to 2018 and her submission victory over Sara McMann is one she’ll never forget.

“I was the underdog to say the least and the first round pretty much went her way, and it was a position we didn’t want to be in. And then the second round I told myself I was going to make her pay for it and I did,” Reneau said.

In the final fight of her career, Marion Reneau is expecting the unexpected as she welcomes former bantamweight champion Meisha Tate to the Octagon.

Even with all the good moments she’s had, Reneau is looking forward to life after fighting.

So, what’s the biggest lesson she’s taking away from all the years she has spent fighting?

“You can be in bad positions and still win,” Reneau said. “No matter if you are stuck in that position for the whole round, you can still come back and win.”