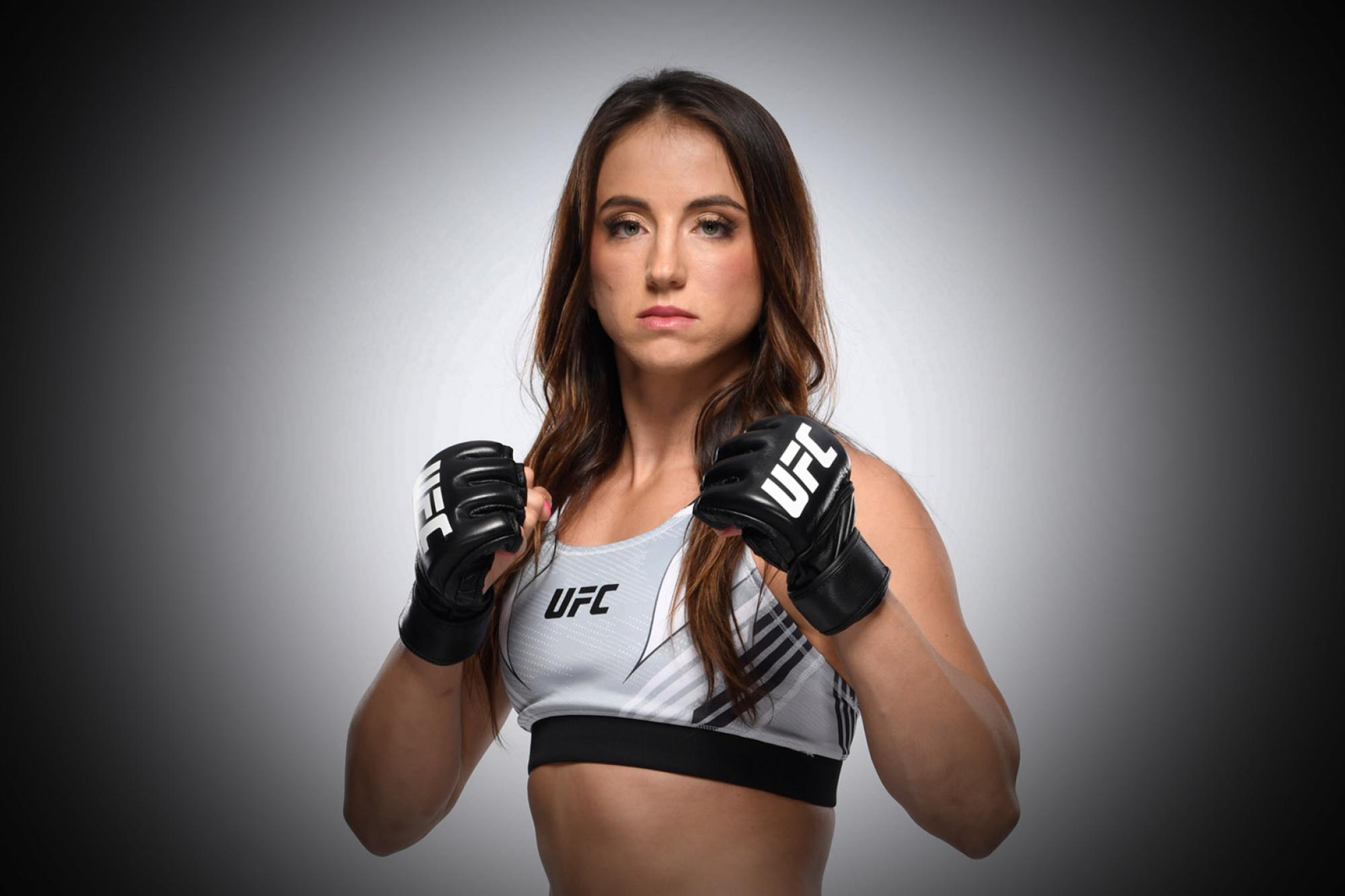 Maycee Barber Has Fallen In Love With The Sport Again

Maycee Barber finally feels excited to be in the gym again, finding happiness within her new training home.

“I came out to Team Alpha Male at the beginning of May and ever since then I decided that I’m not going back, so I’m stuck here,” Barber said, smiling.

The 23-year-old originally went out to Sacramento to do cross-training, doing two weeks on and two weeks off. After spending four weeks there, while also going back to Milwaukee, Barber found something that she hasn’t been able to find anywhere else. She felt joining the team would not only help her career, but also help her achieve her goals.

"I'm way more dominant and I'm more experienced. I'm the better fighter and I'm going to go out and prove that."@MayceeBarber feels mentally prepared heading into her fight, which she believes will translate into success at #UFCVegas32 🔉⬆️ pic.twitter.com/3jymOoyRWq

The energy within Team Alpha Male has allowed the flyweight to compete at her best.

“There’s some [athletes] that are at the top that are still grinding to be the champion and then there’s also the people that are highly skilled, but they aren’t at the top yet and they know that’s where they want to be,” Barber said. “You see the grind from both sides, and I feel like the mentality with all the fighters is when you walk in the gym, everyone is motivated, everybody is ready to train.”

Training with athletes and coaches that have experience is something that Barber values and knows that it will only help her reach the ultimate goal. That starts with the leader of Team Alpha Male, Urijah Faber, who has been in the UFC since 2011. 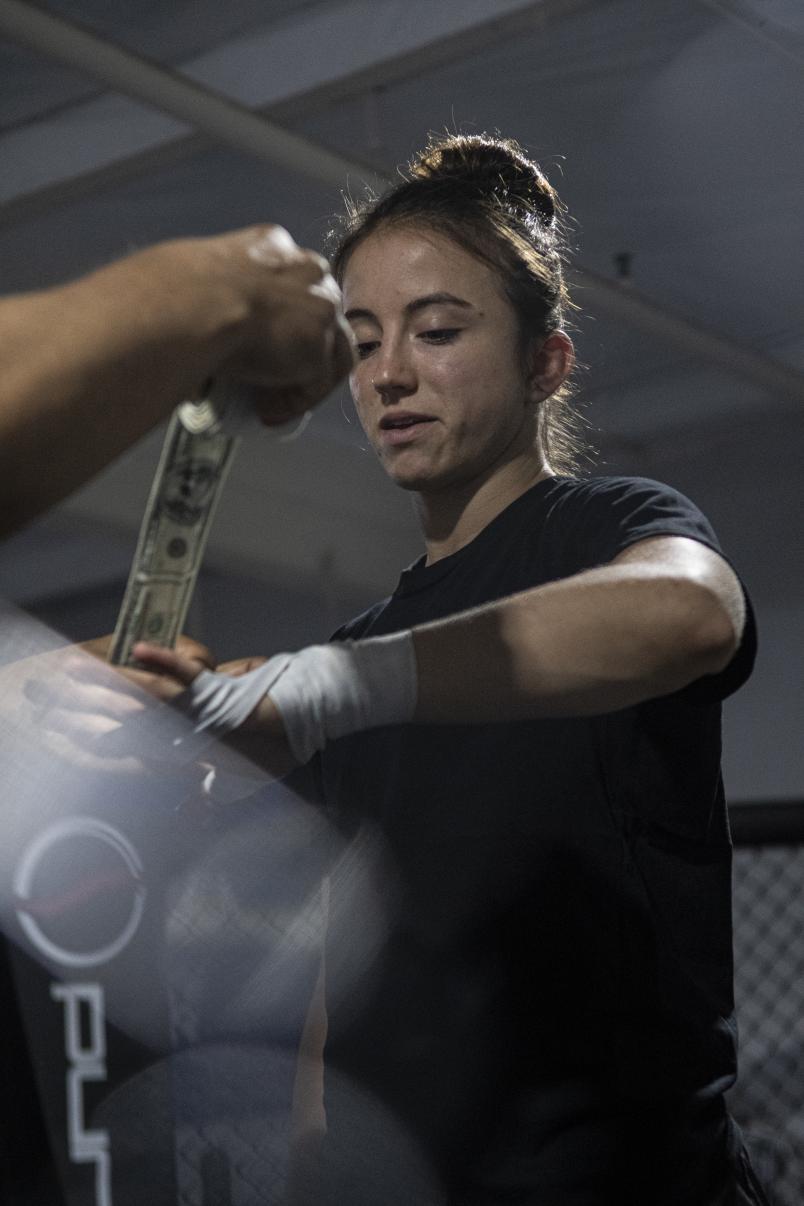 Not only has Barber been able to improve her skills physically, but also mentally. Heading into her last fight against Alexa Grasso, Barber admitted that she wasn’t there mentally, which helped result in her loss.

Being mentally present during fight camp and training has allowed Barber to reach her full potential and find happiness.

For the first time in a while, she’s excited to go out and perform.

Barber will look to get back into the win column against Miranda Maverick, who is riding a seven-fight winning streak. Just like Barber, she has never been finished in her professional career. Six of her wins have come by submission, while five of Barber’s wins have come by knockout. It’s a Top 15 flyweight matchup that isn’t going to disappoint. 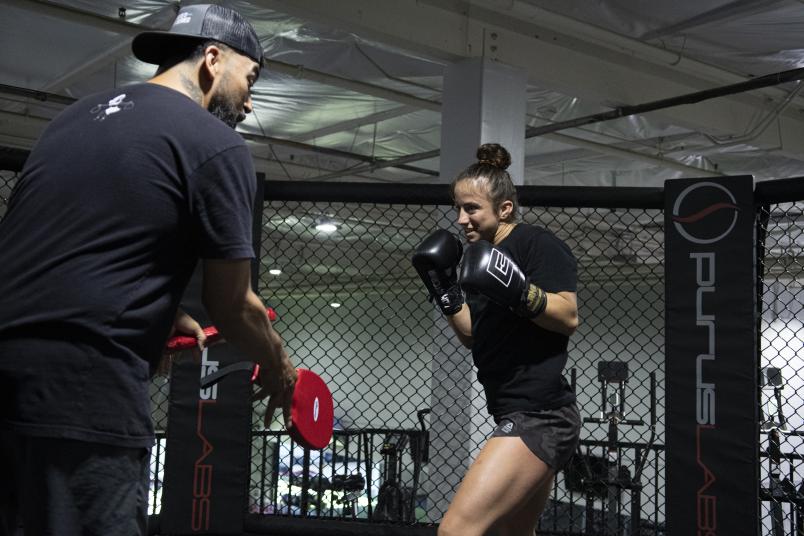 So, what does a mentally prepared, in love with the process again Maycee Barber look like inside the Octagon?

“She looks mean,” Barber said. “She looks mean because within all of this enjoyment in this process, there’s definitely goals and dreams and a reason why behind what I do. I channel that and I keep it inside, and the closer I get to the fight; I am definitely happier.”

Even at the early stages of her UFC career, the Colorado native is already creating a name for herself. Nicknamed “The Future,” she isn’t afraid of the hype that comes with it.

In fact, she embraces it.