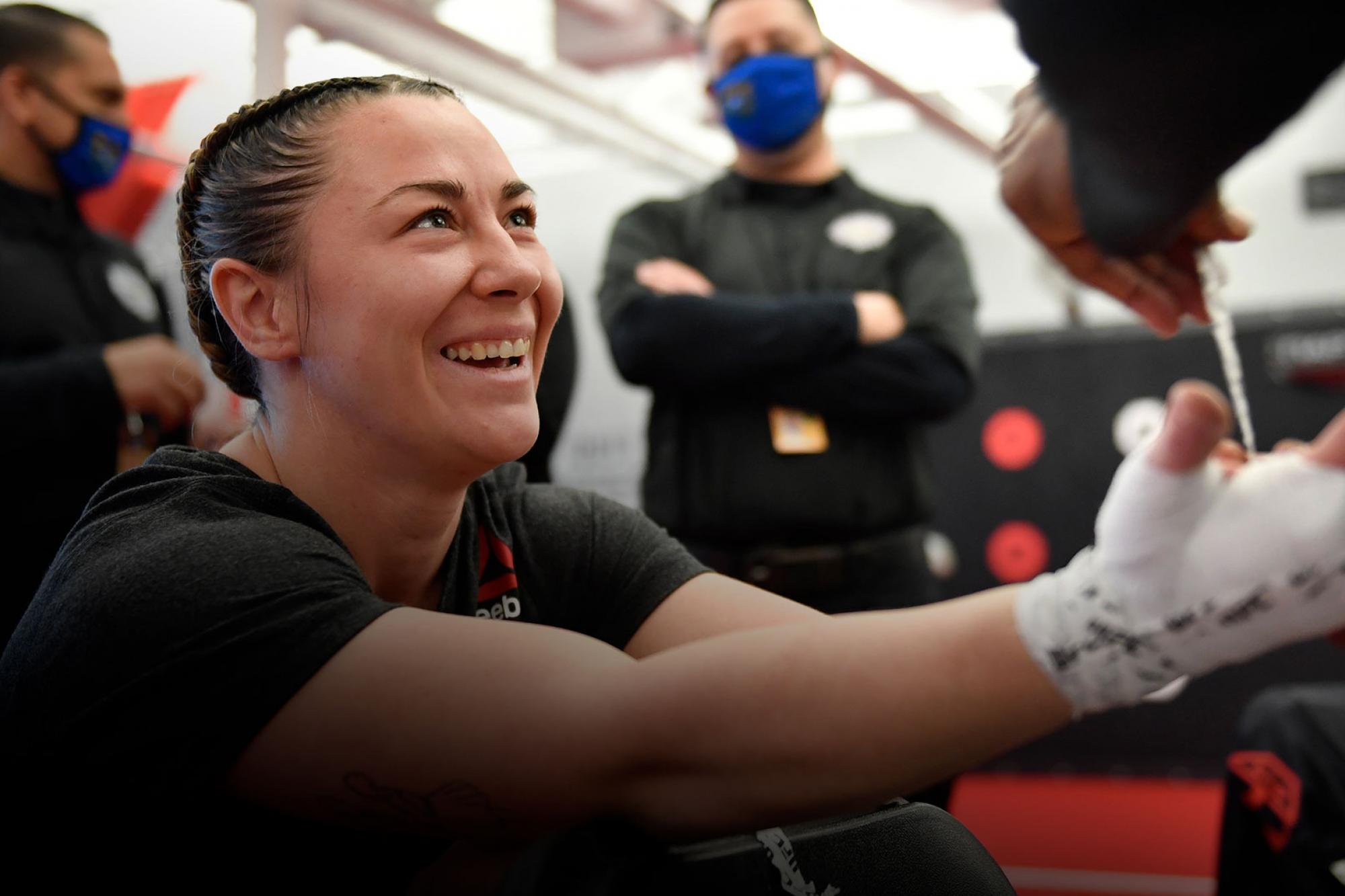 Molly McCann Hopes Her Book Helps Kids 'Be True' To Themselves

British Flyweight Molly McCann's Hopes Telling Her Coming Out Story In Her Book "Be True To You" Helps The Next Generation
By Thomas Gerbasi, on Twitter @tgerbasi • Jul. 3, 2021

Molly McCann doesn’t know how to feel about hearing the word “author” preceding her name but considering that she wrote the recently released book, “Be True To You”, which is currently ranked number two on the Student Life chart on Amazon and 43rd in Early Childhood Education, the flyweight standout has earned that title.

“If you say so,” laughs McCann, who is rightfully beaming about the book, illustrated by Sean Webster, which tells her story for children who may be where she once was.

“I was just sitting there one day, and I was thinking, 'How can I be more of a role model in my community?'” she said. “I coach the kids at our gym, and I thought that was for the community I live in - I give back to the kids. And then how can I give back to the LGBT community? And I thought that if I can just express my story - it's a hard one, it's a painful one - hopefully that will help others do the same. And the book basically just talks about me being just unsure of my own skin, and the word 'gay' being thrown around from such a young age, and I was made to feel like that was a negative. And my relationship with that word was a negative relationship, so I had to just run away from it for as long as I could.”

Every childhood has its rough patches. Add in being ostracized because of who you are, and that lifts the degree of difficulty to often unbearable heights as you try to fit in, afraid of just being yourself. That was McCann’s life until she found a gym and started to learn how to fight.

“It wasn't until I started MMA and I was doing jiu-jitsu that I really felt comfortable enough to be myself,” she said. “I've only been out for six years this August, and the book basically says that, and it explains for the kids how you should always feel enough; you're never not enough, and there's a community here that's there to help you through this time if it's a hard one for you.”

The book makes a powerful statement, not just to young folks who are dealing with questions about their sexuality, but to those around them who could learn that while everyone is unique in their own way, we’re all just human beings.

“I've had to stand up to bullies when I've heard them be homophobic to kids,” said McCann. “And we have to understand that people aren't born homophobic or racist - they're raised that way, and we just have to change people's way of thinking to be a bit more open. I've never really seen anything like what I've just done. I've never really seen too many sports people do a coming out book or try to educate the community like this. I just think it's my job to be the best me that I can be, and if that is to put people in their place sometimes, so be it. (Laughs) But predominantly, people just need the conversation. Do you think I would like to make myself a minority, to be targeted by other people? I can't change the fact that I love who I love, and I shouldn't be scrutinized for it. Everyone should feel safe.”

Kids who do read this book will feel more secure in their own skin, and that’s the point, with McCann even including a place in it for them to tell their own story.

“At the back of the book, because it's made generally for kids and to educate them, there's a safe space at the back,” she said. “It’s there for them to draw their story and come out if they need to, which is really cool.”

McCann, 31, has come a long way from those days of uncertainty. Today, she’s one of the top flyweights in the biggest promotion in the sport, ready to make her September return, and now you can add author to her list of accolades. So what would it have meant for her to have a book like “Be True To You” when she was growing up?

“I was brought up in an environment where my mum had so many gay friends, and it was always accepted,” she said. “But then I came from an Irish-Catholic family where it was just like an absolute no-go. It's amazing how people don't feel safe coming out now still. The more people like me in the spotlight who talk about it can help other people, so I think if there was someone when I was younger who was openly gay, or a lot more people who were open and honest about being their true selves, it would have definitely helped me just be a bit more accepting of who I am.”