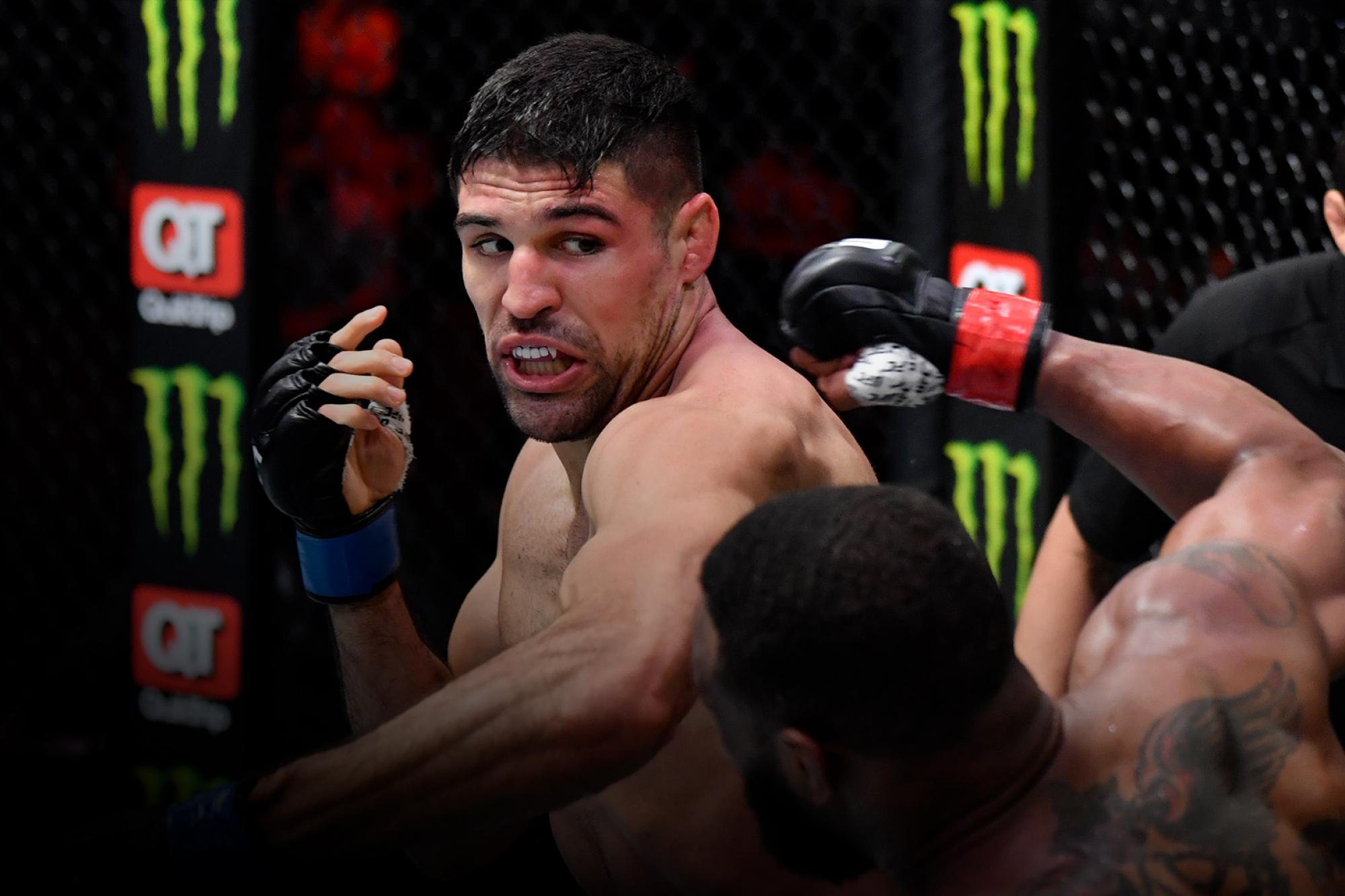 Saturday’s UFC 260 event is in the books, and now that the dust has settled in Las Vegas, it’s time to go to the scorecard to see who the big winners were at the UFC APEX.

Francis Ngannou talks about his second-round knockout and capturing the heavyweight title at UFC 260.

Everybody is talking about the heavyweight division this morning, and that’s the way it should be. Throughout combat sports history, whether in boxing or MMA, there’s something about a big heavyweight title fight, and Francis Ngannou and Stipe Miocic had everyone glued to the television, computer monitor or smart phone on Saturday night. That’s great for the sport, and with Ngannou taking the crown in the fashion we’ve become accustomed to seeing him beat his opponents, now the question is, who beats “The Predator”? That’s an interesting question because on one hand, everyone sees that if he lands one of his bombs, it’s lights out, and no one is apparently immune to that. But on the other, Miocic did defeat him decisively the first time they fought, and Derrick Lewis holds a UFC victory over him as well, so Ngannou isn’t invincible. Or is he such a changed fighter since 2018 that no one has a shot at dethroning him? All I know is that it’s going to be a fun ride finding out, and whether it’s Jon Jones, Lewis or Miocic on his dance card, the sports world will have its eyes on the pride of Batie, Cameroon.

There aren’t many fighters as classy as Vicente Luque. He’s a heck of a nice guy who doesn’t make a lot of noise, shows up to do his work, puts on exciting fights, gets his check and goes home. That doesn’t always translate into mega-stardom, but when he got the call to face former champ Tyron Woodley, he took the fight and made the most of the opportunity, becoming the first man to submit and only the third to finish “The Chosen One.” That’s a big deal. I don’t care if Woodley lost his previous three fights. He showed up to get into a fight and Luque ended it inside of four minutes. That makes it nine wins in his last 10 for “The Silent Assassin,” with eight by KO or submission. Sometimes, the loudest statements are made in the Octagon and not outside it.

No, he’s not still undefeated, but if Sean O’Malley keeps putting on performances like he did against Thomas Almeida, few will remember his loss to Marlon Vera last August. That’s the nature of the fight game, where you’re only as good as your last fight, and O’Malley was as good as he’s ever been against the dangerous Brazilian. He’s one of those talents you see come by every once in a while, and if his body holds up, we’ll likely be talking about him for a long time. As for a matchup with Dominick Cruz, sign me up…ASAP.

Miranda Maverick talks about her unanimous decision win at UFC 260: Miocic vs Ngannou 2

The women’s flyweight division is no place for the timid, especially with Valentina Shevchenko ruling the 125-pound weight class with an iron four-ounce glove, so if the next generation of prospects want to get to the top and have a chance of winning the belt, it’s going to take talent and a heavy dose of grit against top-level foes. And that’s just what Miranda Maverick used to beat Gillian Robertson last weekend, moving to 2-0 in the process. So far, she looks like she has the goods to be a presence at the top of the division, but only time will tell if that prediction comes true.

Jamie Mullarkey talks about his first-round knockout win at UFC 260: Miocic vs Ngannou 2.

It’s not easy taking a trip half around the world with an 0-2 UFC record, being away from family and friends and then stepping into an Octagon to face an opponent trained to beat you with the reality that an 0-3 UFC record might mean an even longer flight home. But that’s what Australia’s Jamie Mullarkey did, and after a 46-second knockout of Khama Worthy, the flight down under will be one of the better ones for the lightweight prospect, who showed glimpses of world-class talent in his first two UFC bouts but finally put it together when it mattered most. Mr. Mullarkey will carry on, and we’ll all be watching.